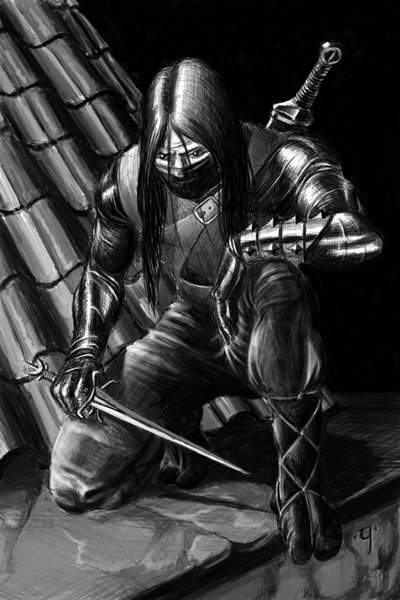 Renn grew up in the forests of Gripwald, one of the five boroughs of Saralis. His family had sent him to live with his uncle Vorloi Kempstern as they were cast outside the law for banditry and pig-rustling. Vorloi Kempstern was well know for his prowess as an assassin under the name Shadowdeath. Vorloi taught Renn all that he knew but also made it clear to Renn, that the only way to perfect the art of assassinry was to learn by doing. Renn also had to think of an alias to use as his assassins name and Renn the Blade was born. With his newfound knowledge he ventured forth into the woods to perfect his abilities. After a few years of complete concentration Renn had gained the ablity to stalk even the most alert of forest-creatures and was now more than proficiant in the ways of the outdoors. It was now time for Renn to learn how to master the other traits of his profession.