Never fully controlled by Rhakhaan since the last king donned the Phoenix Crown, the Melurian states are an alliance of five families who rule their land as one country, the five making up an oligarchic council. Actually, to say that Meluria is a united country may be overstating; it is an alliance of feudal lords, each of whom maintains loose control over a section of the peninsula. The westernmost fief is known as Fulcrumia. The land is swept by winds from the south — including violent storms from the southwest — but her inhabitants are a hardy, rural people. The Melurians trade with Lethys merchants and both parties are usually quite satisfied with the deal. 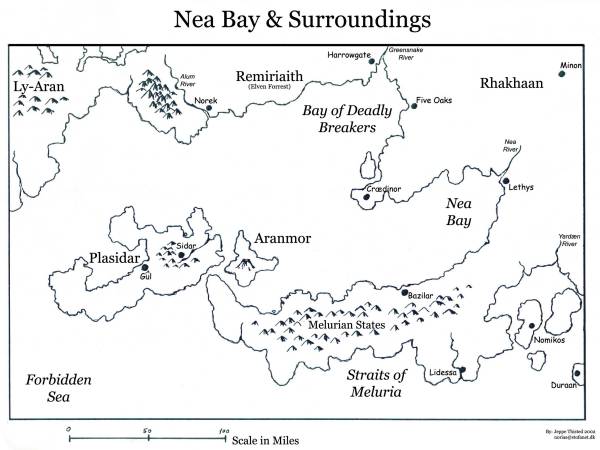