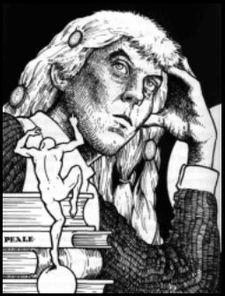 Almost never prominent personalities, yet so often to be found operating beneath the colorful façade of a realm’s government, Loremasters are the great information-gatherers (and sometimes meddlers) of the world. Lurking behind thrones and in council chambers, they whisper a word here, overhear a rumor there. Information is their trade and the substance of their lives. With the acquisition and careful dissemination of knowledge, they keep the Free Races of Kulthea alert to the scheming of the Unlife’s servants. Without them the world would be a desolate planet with only small pockets of life under the cruel domination of creatures unspeakable, servants of the Unlife.

Scattered throughout the world, Loremasters are bringers of knowledge, wisdom, and guides against the corruption of the Unlife. Some are advisors to kings, while others wander from town to village, healing hurts and righting wrongs. Many do not even reveal themselves as true ‘Loremasters’, instead prefering to be thought of as eccentric travellers.