The Empire is present at Necomunda IV, but has found the planet of little use, as it is neither rich in natural ressources, nor possesing any strategic significance. The necromundian solar system is in fact in the outskirts of the Milky Way, in a hard-to-reach area for the imperial astropaths, the pilots who deals with interstellar travels throughout the Empire. Necromunda is seldom visited by other creatures of the universe, whether friendly or hostile, although The imperial anecdotes mention both tyranid and chaos agent infestations. In accordance with this, the future of Necomunda IV as a planet is still rather uncertain. However: As a result of its relative insignificance as a planet and the long distance to important places in the Empire, has Necromunda IV been saved from obliteration. But beware the day the imperial expeditionary forces leave the planet.

The planet is what the imperial anecdotes call a “Level three planet”, meaning that various states have evolved, including distinct legal systems and customs, but without a planet wide super national authority.

So as none of the states at the moment stand a good chance of becoming the ultimate power on the planet, Necromunda IV is still not able to qualifying itself to a full membership of the Empire. 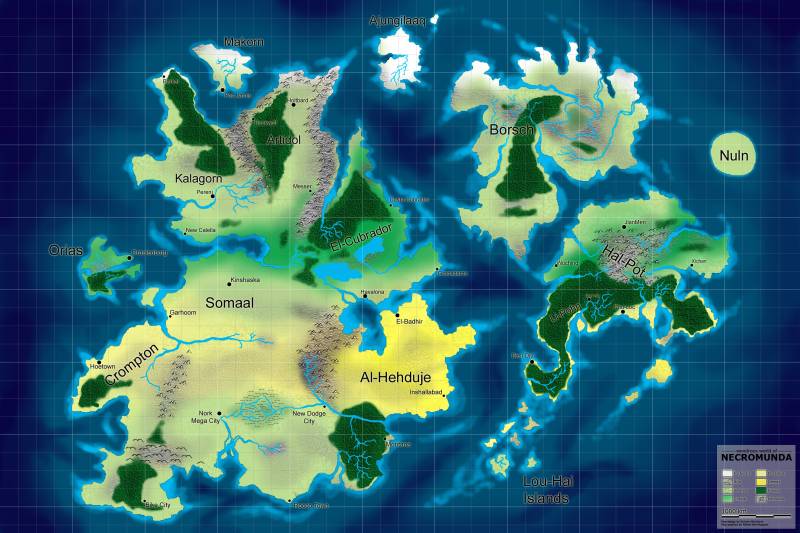 The Companies - Noteworthy cooperation's and company's of Necromunda

The Technology - Weapons, vehicles and what not -More to come soon

Chronicles - Chronicles of the sessions (in Danish)